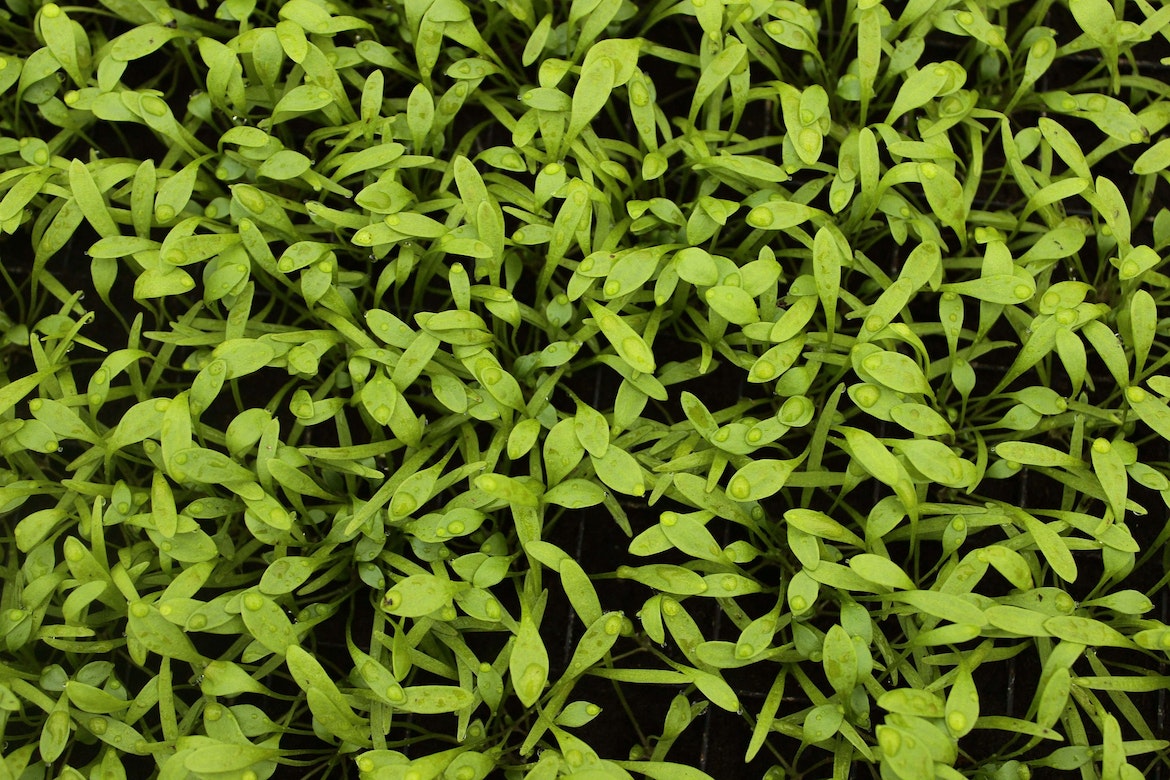 I discovered a great article on healing “weeds” right in our own backyard. Thanks to Patsy Clark I have been motivated to learn more about what we can use, other than “traditional medicines”. I hope you are able to learn something new from this article!

This might come as a surprise, but many of you just might have a medicine cabinet right in your own backyard and you aren’t even aware of it. Yes, that is correct. As a Certified Master Herbalist I wanted to share with you some basic “weeds” that are known to have a profound impact on you or someone that you love health. Okay here we go!

How to reap the health benefits of summer purslane

Purslane starts to lose its nutritional qualities immediately after harvest. Therefore, the best way to maximize the health benefits of purslane is to grow your purslane and harvest it as needed. If you don’t have a big garden or if you fear that planting purslane will take over your entire vegetable garden (after all, purslane is a weed), consider growing purslane indoors as a microgreen. All you need is an empty container, some potting soil, organic purslane seed, and a sunny window sill. Simply sow the seeds, keep the soil moist (but avoid over-watering), and watch your micro-purslane grow!

Dandelions– Are rich in potassium which is often lost through excess urination. Dandelions are exceptionally high in vitamin A, vitamin, C and iron with more iron and calcium than spinach.

Almost all the parts of dandelion herb are  in various traditional as well in modern medicine. The principle compounds in the herb have laxative and diuretic functions. The plant parts have been used as herbal remedy for liver and gall bladder complaints. The herb is also a good tonic, appetite stimulant and is a good remedy for dyspeptic complaints. The inside surface of the flower stems used as a smoothing agent for burns and stings (for example in stinging nettle allergy).

Here are some serving tips:

Chickweed Is rich in nutrients that nourish the lymph and glandular systems. Chickweed is best known for it’s ability to cool inflammation and speed healing for internal or external flare-ups. Chickweed tea is an old remedy for obesity. Herbalists like myself drink teas of fresh chickweed as one of the classic spring tonics to cleanse the blood. Chickweed poultices are useful for cooling and soothing minor burns, skin irritations, and rashes particularly when associated with dryness and itching. Chickweed is taken by mouth to treat stomach problems, intestinal complaints such as constipation, disorders of the blood, arthritis, lung diseases including asthma, kidney disorders, inflammatory conditions of the urinary tract, rabies, and scurvy or vitamin C deficiency. It is also used to relieve extreme exhaustion. Chickweed is applied on the skin relieve various skin conditions such as skin wounds, ulcers, burns, arthritis pain and symptoms of eczema.

How to Enjoy Chickweed

Chickweed leaves can be steamed or added raw to salads. You can also make a tea from the leaves by steeping them in a cup of boiling water for ten minutes.

Rosemary—Reduce the risk of Alzheimer’s disease due to it carnosic acid.

The wonderful smell of rosemary is often associated with good food and great times, but it could just as easily be associated with good health. Rosemary contains substances that are useful for stimulating the immune system, increasing circulation, and improving digestion. Rosemary also contains anti-inflammatory compounds that may make it useful for reducing the severity of asthma attacks.

Rosemary is used for digestion problems, including heartburn, intestinal gas (flatulence), liver and gallbladder complaints, and loss of appetite. It is also used for gout, cough, headache, high blood pressure, and reducing age-related memory loss. In addition, rosemary has been shown to increase the blood flow to the head and brain, improving concentration. So, the next time you enhance the flavor of some special dish with rosemary, congratulate yourself for a wise as well as delicious choice. Some women use rosemary for increasing menstrual flow. If you’re pregnant please take care with consuming or eating Rosemary because it is also know to cause miscarriages.

Rosemary is used topically (applied to the skin) for preventing and treating baldness; and treating circulation problems, toothache, a skin condition called eczema, and joint or muscle pain such as myalgia, sciatica, and intercostal neuralgia. It is also used for wound healing, in bath therapy (balneotherapy), and as an insect repellent.

Milk Weed—Milkweed is useful for kidney problems, dropsy, scrofula, conditions of the bladder, water retention, asthma, stomach ailments, and gallstones, female disorders, arthritis, and bronchitis. It causes increase in perspiration, thus reducing fever. Some Native Americans rubbed the (latex) juice on warts, moles, ringworms; others drank an infusion of the rootstock to produce temporary sterility or as a laxative. A folk cancer remedy. Some milkweed species are highly poisonous.

White Clover has useful compounds to treat bronchitis & respiratory disorders. Herbalists revere red clover for several purported health benefits, including detoxification, decongestion and reducing inflammation. Red clover is also considered a rich source of isoflavones, an antioxidant associated in some studies with combating certain types of cancer, including breast cancer and prostate cancer. The isoflavones in red clover have also been found beneficial in reducing bone loss and menopausal symptoms in healthy women. White clover has not been found to possess the same constituents or health benefits. Remember that no herbs have been FDA-approved for medical use and you should always consult with your doctor before taking red clover tea for any health-related purpose. All clovers, including white, possess some amount of vitamins A, E, C, B-2, and B-3, calcium, chromium, lecithin, magnesium, potassium and silicium. Among other things, clover is a blood purifier, is antispasmodic, and an expectorant. The tea is good for asthma and bronchitis.

For medicinal wash or internal use of Clover:

Nettles Are useful in arthritis, gout, asthma, hay fever, and Alzheimer’s disease and soft tissue conditions such as fibromyalgia and tendonitis. Patients with Lupus and other auto-immune disorders suffering from joint pain experience relief from drinking a cup of nettle tea or eating stewed nettle leaves daily. Nettle is high in iron making it excellent for combating anemia and fatigue. It supports the liver. Urinary tract support. A great herb for treating bladder and urinary tract function. Nettle aids in digestive issues as well. Nettle leaf is effective at reducing symptoms of the digestive tract ranging from acid reflux, excess gas, nausea, colitis and Celiac disease.

Lavender has anti-inflammatory and antiseptic properties. Both the flowers and the leaves of the lavender plant are used in herbal medicine, usually in the form of an oil or as a tea. The compound linalool, found in lavender oil, is known to have an anti-anxiety, calming effect. Lavender oil is often used as a relaxant during massages, added to lotions for babies, children and adults, and used in soap. Lavender has also been shown to have anti-inflammatory and analgesic (pain killing) attributes.

Preparation Methods & Dosage: Lavender tea can be made from the fresh or dried flowers. Lavender essential oil should only be used externally, and can be used in massage oils, baths and aroma lamps.

Lavender Side Effects: The volatile oils in lavender can be very hard on the liver and kidneys of cats and dogs so no internal use of the herb is suggested for our animal friends.

Burdock may reduce the risk of stroke and heart attack. Besides its culinary uses, burdock root has long been praised for its healing properties. The rest of this article is dedicated to shedding light on the numerous nutritional and health benefits of burdock root (or gobo, as the Japanese call it). Burdock root contains insulin, a type of beneficial fiber with numerous positive health effects. Most of these health benefits are linked to the ability of insulin fiber to promote the growth of bifidobacteria in the large intestine. Bifidobacteria are health promoting microbes that are naturally present in the gut. These bacteria have been found to destroy harmful bacteria in the intestines, promote easy bowel movement, and improve the immune system. Some studies also suggest that bifidobacteria may be able to reduce the levels of certain colonic enzymes that convert pro-carcinogenic molecules into carcinogens (cancer-causing molecules).

You can add it to soups and saute it in a stir fry with carrots and sesame seeds, yum! You can also throw it in some coleslaw, or even just add it to your normal everyday salads. Burdock can also be juiced for a delicious and refreshing healing beverage. I have also discovered that traditional Chinese medicine also has used burdock synergistic-ally with other herbs to treat cold symptoms and sore throats.

Sow Thistle is useful for treating inflammation and digestive upsets. Nutritional info about sow thistles. Sow thistle leaves are said to be a good source of vitamins A and C, thiamine, riboflavin, niacin, calcium, phosphorus, and iron. Young sow thistle leaves are wonderful in salad, adding substance and depth to the flavor of other greens. They have a slight bitter edge (just like some lettuces do), but they’re less bitter than dandelion leaves. The flowers are also delicious in salads.

I hope you really enjoyed reading up “backyard weeds” and their health potentials.

Disclaimer: Information contained on this website is for general information purposes only and must not be used to treat or diagnose dental/medical conditions. The products and statements on this website have not been evaluated by the FDA and are not intended as dental advice. Should you have any health concerns please check with your medical doctor before self-administering any natural remedy.