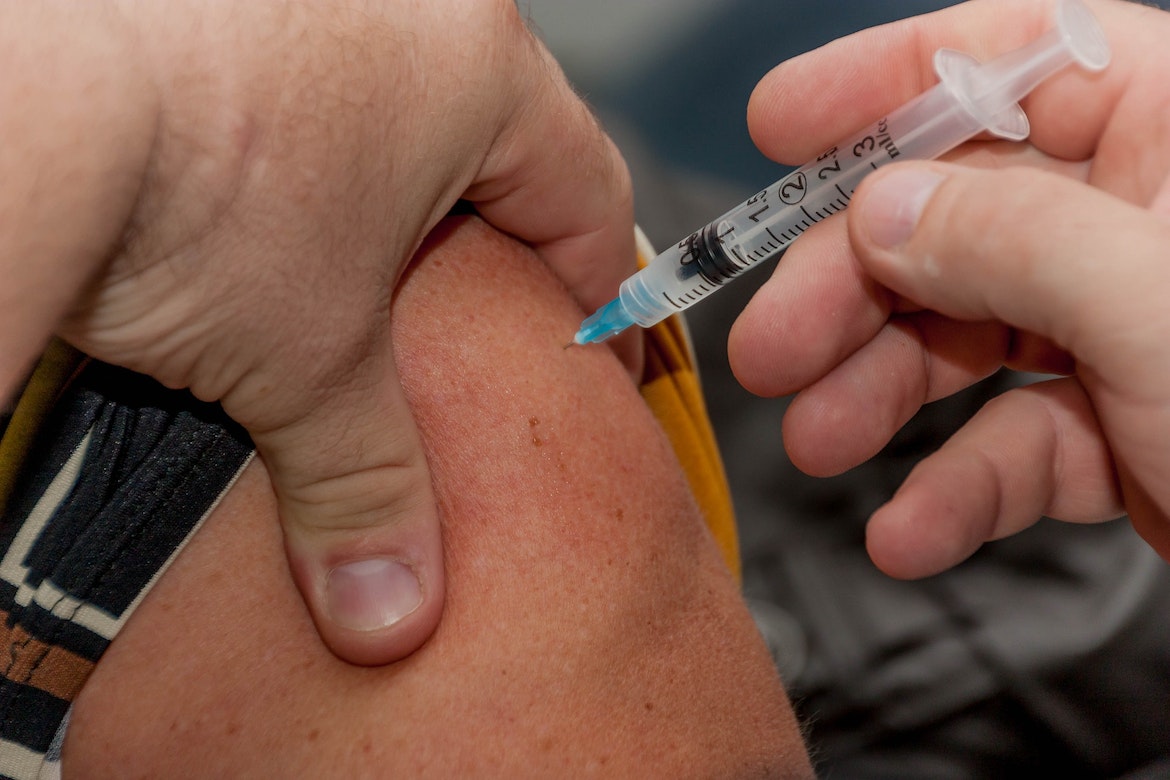 Under the circumstances I have directed Doctor Bond to prepare immediately for inoculation in
this quarter, and request that you will without delay inoculate all Continental Troop.

Vaccinations and the controversies surrounding it date back to the American Revolution. Smallpox had ravaged the world population for centuries before 1776. When first infected, a smallpox victim would experience a brief period of mild symptoms, such as night sweats and a bounding pulse, and would then show no signs during the twelve day incubation period. Then, suddenly, the victim would experience severe chills, back pain, and fever, followed by the eruption of red dots. The lesions would swell into bumps and the bumps would become blisters, then fluid filed pustules. Ulcers and sores would develop in the throat and around the eyes and lips. Severe headaches would add to the victims torment. The ulcerated skin would give off a great stench. If the victim survived, Two weeks of suffering, the blisters would harden to scabs and the fever would abate. About ten percent of previously healthy people died, and a much higher percentage of those with what we would now call “underling conditions”.

Survivors of smallpox usually carried the “pockmark” scars with them for life. Smallpox inadvertently transmitted from traders killed about ninety percent of the Native Americans who had no “herd immunity” at all. The disease was especially prevalent in cities and among armies where the populations were in close contact. It was understood that it spread from person to person, and isolation was often initiated. People wore masks to avoid the smell, but had no concept of respiratory protection. Small pox usually killed more solders than combat throughout the seventeenth and eighteenth centuries.

In 1776, the patriot army assembled in norther New York was being rendered incapable of resisting the impending British invasion, due to spreading smallpox infections. Although true vaccination against smallpox, using the more benign cowpox virus, was not introduced until 1796, a crude form of vaccination was in use using the live smallpox
pathogen. This process was known as inoculation or violation. The process involved insertion of puss from an infected person’s sores, into a small slit in the arm of a healthy person. This process had several drawbacks. The person would still experience a milder form of the disease and be incapacitated for up to two weeks. The person could still pass the full-blown infection to others and would have to be isolated. Still, the patient was safe from future infection and the horrors of its effects. The patriot army could not afford to have any number of its troops incapacitated by the inoculation process with the summer campaign season upon them, so all they could do was practice hygiene and isolation until the winter when military activates stopped. George Washington initiated an inoculation program at Morristown (1777) and Valley Forge during the winters of 1777-1778 that significantly reduced deaths from the diseases. Historian John Ellis stated that “a compelling case can be made that his swift response to the smallpox epidemic and policy of inoculation was the most important strategic decision of his (Washington’s) military career”. Later it was discovered that cowpox infection imparted immunity from smallpox, and the disease was wiped out.

When I got my smallpox and chicken pox vaccinations back in 1943, it was not done by needle injection. My arm was scrapped to create a small abrasion onto which the dead virus/vaccine was placed. Older folks usually have a small scar on their right arm from this procedure.

Vaccines are nothing new and are have proven effective for centuries. Vaccinations have always caused some “side effects”, but were usually preferred over the risks of the full-blown disease. Obviously our ancestors were a lot tougher than we are, when we whine about a needle or few days of side effect illnesses. Controversy about vaccination is nothing new. There were religious and political issues in 1776, as there are now as respect for individual freedom and basic health issues created confusion. It is important to note that the very effective and safe vaccines for Smallpox, Chickenpox, Diphtheria, and other diseases that have been virtually wiped out, were, developed with primitive nineteenth century technology, and far less testing and oversite than the ones for
Covid19.

3 thoughts on “Vaccination in America”