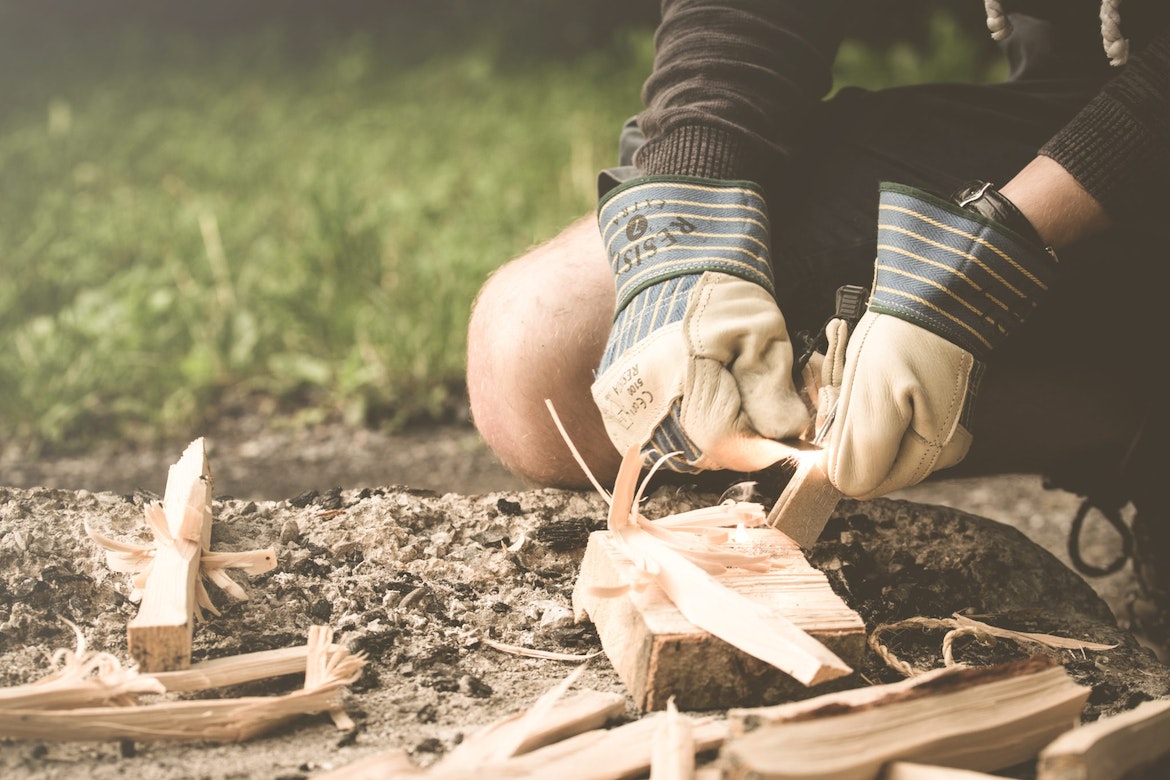 There is no question that the next decades will be dangerous to our  lives and freedoms, but how we respond and adjust will determine the future of America.  What we do know to expand and support the movement will make the difference between a freer and more self-reliant society or a more centralized and oppressive one.

While self-reliance is often treated as simply a form of advanced survival preparedness it is different in both psychology and execution.  Preparing and surviving imply that one is anticipating a passing threat to life or life, as we know it that must be survived in order to recover and rebuild as life was before the event. In this respect Prepping may be compared to a life raft that saves life, but hads no sail or destination.  While survival is certainly a laudable and necessary objective and preparedness is essential to getting through the multiplying threats of the Twenty-First Century it will not take us to a new and better place.  In fact mere survival leaves us alive among the ruins and with little control of where we land.  True practical self-reliance goes beyond survival in these ways:

True self-reliance then can be compared to a ship that not only keeps one afloat, but also takes one to a better place.  To that end, self-reliance advocates should have a firm concept of where that ship is going.  We also need to face the fact that those who have benefitted by centralized authority, dependence in the grid and massive taxation will act strongly to intimidate, discourage and misrepresent self-reliance practices and advocates.  Such resistance may well become violent at some times.  As the existing economic, political and support systems fail the conflict may take on aggressive dimensions.

All of this must take into account the underlying imperatives of surviving the assaults of nature (e.g. storms, floods, epidemics, climate change) and mankind (e.g. resource depletion, famine, war, etc) that will ravage the decades to come.  It is far better to put our ourselves and our posterity in the ship of self-reliance than just the life raft of preparedness.  Granting of course that the ship still needs to have those life rafts aboard.

We must not regard self-reliance as simply a technical process for sustaining life needs into the future.  Our children deserve better than maintenance. They deserve to come out of the challenges of survival and change as smarter, freer and more human.  Self-reliance is not about going back. Self-reliance is about building a better future as the failed and wrong values decline and fall.

Humans are social by nature.  While survival skills and self-reliance capabilities may keep us alive alone for a while, but we are hardly human without family, friends and associations.   The struggles to survive, find water, build shelter, gather food and defender against others leaves no time for thinking, improving or advancing. So effective self-reliance is being independent while choosing to share and exchange with others.  Being basically self-reliant provides the foundation for voluntary participation in cooperative efforts and exchanges.  One may have special skills or excessive supplies in one area, but be short on others.  A small family or community may be vulnerable to looters or need help producing food.   The difference between collectivist and centralized society and self-reliance is that the power of choices starts at the bottom with the individual and family instead of with bureaucrats.  As we develop individual and family self-reliance capacity we should be creating regional and dispersed networks for both technological and political support.  If self-reliance is a ship and not just a life raft then we will need a fleet to get through the storms ahead.

The philosopher George Hegel (1770-1831) developed the theory of the dialectic.  He postulated that there is a flow of events and changes from one time to the next that is driven by multiple events and conditions.  Karl Marx wrongly used the dialectic theory to show history leading only to a communist society.  As we examine history leading from the times of the American Revolution through the Twentieth Century it is hard to avoid the evidence of a continual dialectic flow from one decade to the next.  The following three phases of change will not actually happen as distinct periods.  They will overlap and   occur concurrently in some ways.  All three of them are in progress now, but the later phases are less evident and yet to have their full effect.

* If self-reliance is still a small minority movement at this stage it will probably be extinguished.  Freedom and self-reliance will only survive if it has been advocated organized and taken root in the communities,

* Ultimately we will need to do many things cooperatively.  Full, long-term self-reliance requires almost 100% of an individuals and families time and energy. This leaves little for improvement learning and progress.  If a community floods they can all build multiple sandbag dikes around each house or they can work together to build one effective dike at the river.  If a gang attacks a community each family will by killed off one-by-one unless they all work together.

The table below is a very brief outline of a family plan for replacement or backup systems for supplies and services currently provided by the failing centralized structures.  Don’t let the image of “dooms day prepper” “off the grid” capabilities discourage you from working towards reasonable and responsible self-reliance in all of the categories.

NOW: Store at least 10-gallons per person, have bleach available.  Have a good quality filter system

NOW: Start gardening, stock up on heirloom seeds, take up fishing and hunting

FUTURE: Develop home as base for meeting all life critical needs

NOW:  Maintain and improve while you can! Stop bad habits, exercise.

FUTURE:  Ability to avoid exposure to public is critical.  Clean water and adequate food must be maintained

NOW: Changes of cloths available. Stock up on soap and detergent.

NOW: Alternatives to driving in an emergency, Evacuation packs, and bikes.

NOW: Plenty, but stock up on socks, underwear, sewing supplies

FUTURE: fewer waists. Burn for fuel. Use for compost

FUTURE:  Value in hard items and skills replaces currency in many areas.