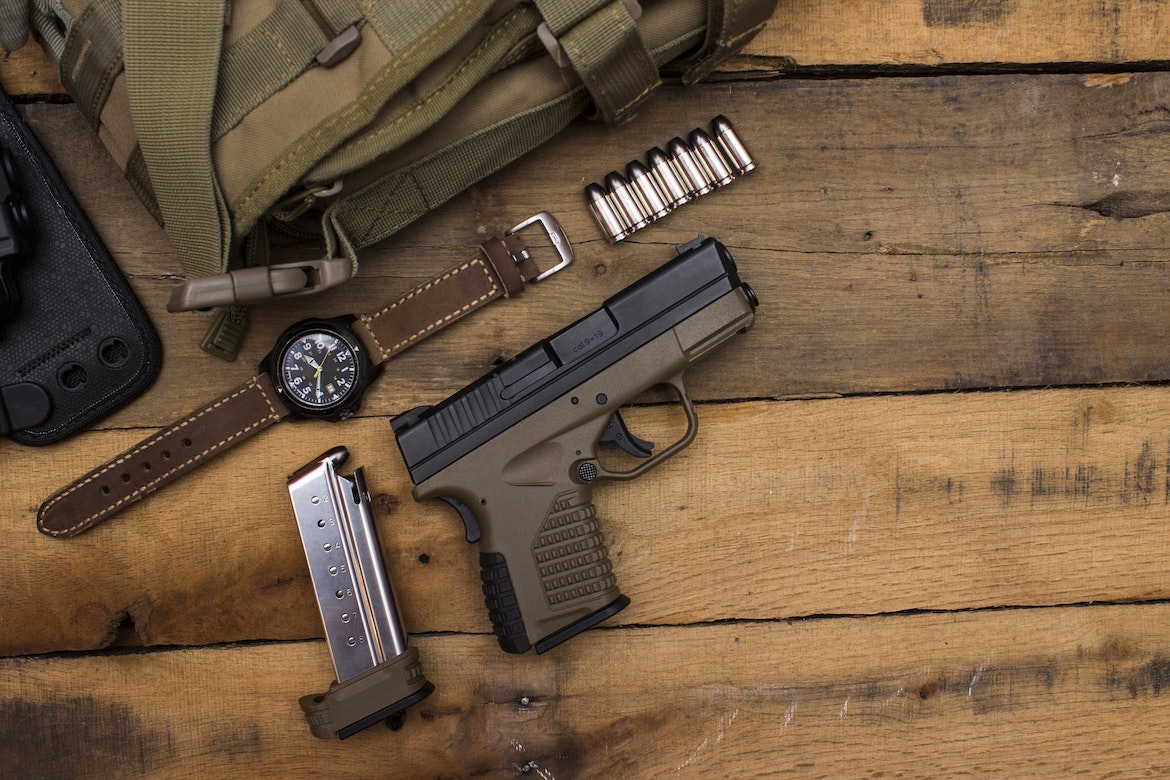 Ultimately, gun rights are about the right to life and freedom.  There is no point in talking about emergency preparedness, survival and self-reliance for an unarmed population.

Live Free USA began as a shooting club in the late 1960s.  By the 1970s guns and gun ownership was under such assault that being a “gun club” in Chicago was impossible. It is probably impossible for any of our readers now to comprehend the level of harassment, persecutions, prosecution and prohibitions imposed on us in those times. It seemed inevitable that we would be forced to use muzzle loaders and cross-bows in defense of our lives and our freedoms. The NRA at that time was not a political force and liberals ran rough-shod over the constitution and anyone who sought to exercise the second amendment rights.  Live Free broadened our activities to include survival education and civil-defense while keeping our gun related activity’s underground.  The acceptability of shooting sports, concealed-carry and military-style rifles today has been achieved through decades of struggle.  Since there are many great gun-rights advocacy groups today, Live Free focuses on our core survival and self-reliance mission, but remembering that the capacity for armed defense and resistance is an essential part of survival and self-reliance, I will enumerate some of our positions related to the issue of so-called military-style rifles that have been so maligned in recent weeks.

The ownership of so-called, military-style rifles with high-capacity magazines has nothing to do with hunting or sports shooting. It’s about citizens maintaining the potential to resist foreign or domestic subjugation and oppression.  This does not imply that owners of such weapons are revolutionary, extremists or members of formal militias. They consciously or subconsciously accept the reality that the freedom and security of their families and future generations depends on maintaining the balance of force between the state and the people.  Owners of these weapons have the upmost respect for the laws and the government, but they do so by choice and responsibility, not by fear and submission.

The major difference between the way American citizens think and the way subjects of other countries think originates from the fact that most other peoples were granted their liberties by the state and still believe that power flows from the state, while Americans fought for their freedoms and know that they are the ultimate source of freedoms and authority.  This difference in origins creates an instinctual propensity to be armed or have access to arms that is not shared by citizens of other nations. It is no coincident that America has the oldest government on the planet and the most individual freedoms.

Ultimately: the right to keep and bear arms” is an extension of the human right to self-protection that exists regardless of written laws.  It follows that one must have the means to exercise that right.  One cannot be expected to defend oneself against an armed assailant or an oppressive despot with anything less than what that assailant or oppressor may have. We could not exercise the right to free speech if we were limited to old printing presses while the government controlled the mass media and the internet.  We could not exercise freedom of religion if it was limited to only ancient texts and methods.  So we cannot effectively exercise the right to keep and bear arms if we are limited to anything less than the best and most modern equipment.

The constitution does not say “hunting being a necessity”, it does not say “the ability to resist crime being important” it says “A well-regulated militia, being necessary to the security of a free state, the right of the people to keep and bear arms, shall not be infringed”.  There is no ambiguity in this sentence. The second amendment is about military-style arms.  We are guaranteed the right to own, keep and bear military-style arms by the constitution.  The term “regulated” in the eighteens century was defined as well managed or well-maintained, but not regulated by law as the word is used today. The final four words “shall not be infringed” specifically prohibits any form of taxation or governmental action that interferes with this essential right.  The founders did use the generic term ”arms” even though the contemporary “arms” were muzzle-loading muskets and swords.  In fact they were referring to the “military-style” weapons of that time, but these were intelligent, forward thinking man who anticipated advancements and certainly wanted future citizens to “keep and bear” arms that would be equal to those of criminals, invaders and would-be tyrants of the future.

The missus of a right by a few does not justify the prohibition of that right to others.  Trading freedom and responsibility for safety is the poorest bargain a people can make.  Ask the Russians, or the Chines, or the North Koreans or the Mexicans or anyone from a hundred oppressed, depressed and crime-ridden nations that we do not want to live in. The loss of lives caused by a few evil and mentally-ill individuals is truly tragic, but cannot justify turning our back on the freedoms that were bought with the lives and sacrifices of generations of veterans.  Yes, they died for the second amendment as well as our other freedoms and surrendering any of those freedoms is a betrayal of their sacrifices.

In a world spiraling towards increasing political strife, civil disorder, street crime, economic instability, potential epidemics, increasingly severe disasters and terrorist activities, only the most irresponsible and pacified citizen can fail to see their duty to be prepared to meet violent situations in the future.  While the anti-gun movement may be lead (or mislead) by the youth, it is those between the ages of 15 and 25 that may most regret no having access to military-style weapon and ammunition just a few decades in the furfure.  In fact one may want to consider purchasing additional such arms and ammunition to be stored and distributed in the future to the next generations that may desperately need them.

In Short:  Any action that limits the access to modern, effective military-style firearms to law abiding citizens of the United States is specifically unconstitutional, philosophically un-American, and functional dangerous to the future of life and freedom for us all.