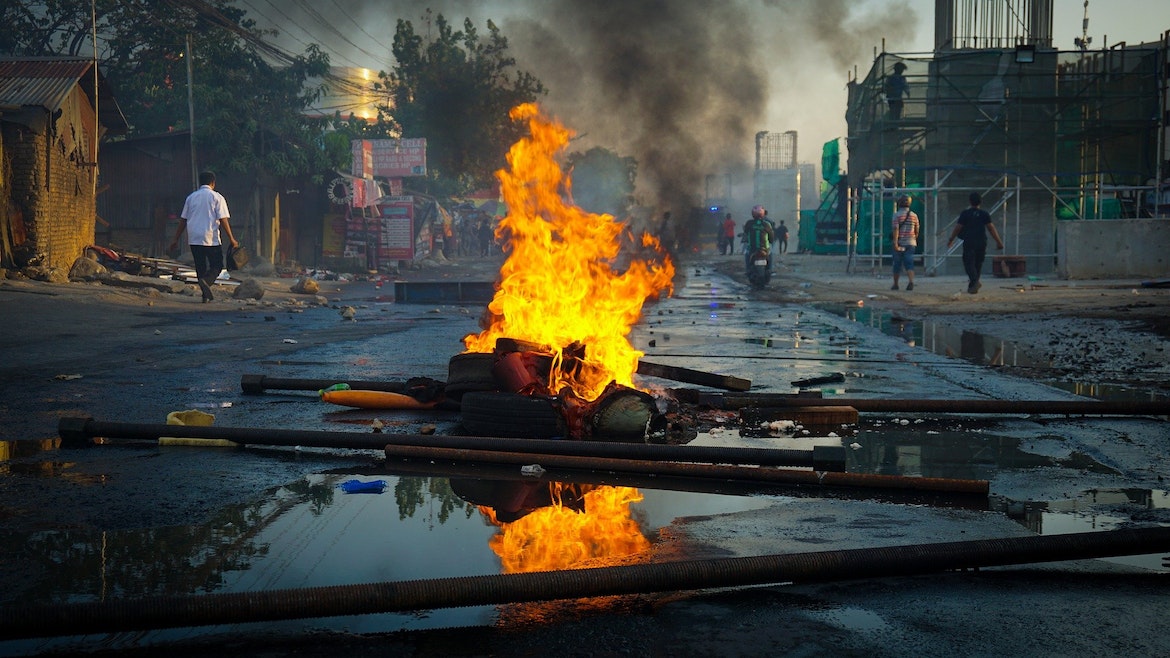 It has been 242-years since the original American Revolution.  The Civil War was a geopolitical split rather than a systemic revolution.  There was certainly a lot of “revolutionary” activity during the late 1960s and early 1970s, but these movements were limited to a small segment of the population.  During these decades the vast majority of the population still shared a set of common values in a stable economy. The “Greatest Generation” that had recently made America great and defeated brutal and dictatorial aggressors was the dominant and stable force in American society at that time.  The radical communist and anarchist forces that seemed to define those decades literally and figuratively, burned themselves out.  However, many of these extremists and their divisive ideologies infiltrated our institutions and society.  A recent issue of Smithsonian magazine headlined 1968 “The Year That Shattered America” and contained a series of articles about the events and movements of those times.  While those times may not have actually “shattered” America, they left a collection of cracks that have grown and expanded to this day.

The United States Government is the oldest and most stable government in the world today.  All of the governments of Europe, Asia, South America and the Middle-East have fallen and risen several times while the USA has stood and prospered.  While many American attribute this to our values and the genius of our Constitution there are other factors that have historically contributed to our stability.

None of these stabilizing factors are true today. Multi-ethnic societies are inherently unstable.  There is no longer an unlimited amount of real-estate, resources or jobs to absorbed even internal population growth.  We are involved with and influenced by divisive and confusing foreign involvements and intrigues. Today’s American is more self-centered, dependency-oriented and less involved in community than any previous generation.  The decades of centralized, big government have replaced responsibility with demanding, demonstrating and blame finding.  The gap between the poor and the ultra-wealthy is disgraceful and growing. The internet now facilitates division rather than unity, conflict rather than discussion and even violence in place of the political process.  Respect for the law and for American values has all but disappeared in many regions.  These are harbingers of future revolutionary developments.

There is a growing number of religious, racial and political elements that are quietly preparing for such a catastrophe.  There is a line in an old movie* about South American revolutions.  The General storms into the presidential palace proclaiming “El Presidente, the rebels are in the suburbs!” to which the dictator says “the rebels are always in the suburbs”. We are becoming more like one of these “Banana Republics”

With the notable exception of the American Revolution, very few revolutions have ever turned out the way the revolutionaries expected or hoped for.  Ask the Cuban’s or the Russians, or anyone from South America or the Middle East.  While they may start out with high ideals, they usually are co-opted by the most ambitious and brutal participants to create a more corrupt and oppressive state than the one it replaced.  There is an old joke that says that the first thing a successful revolutionary leader must do is kill all of the revolutionaries. If a revolution fails it justifies greater oppression and brutality by the state.

In short: revolution is not a good idea if it can be avoided.

While conditions appear to be relatively stable as of this date, historically revolutions tend to erupt without much warning when a combination of long simmering disagreements and discontent are ignited.  A few precursors that could set the stage for revolution-like developments include:

It is difficult to predict what kind of events will transpire between now and the 2020 elections, but chaos and conflict seem inevitable. It seems doubtful that ether side will accept the results of an election without active resistance.  It is highly possible that there will be more than two parties and that we could have a president and legislature elected without a majority mandate.  Instead of complacent inaction, survivalists should be taking this opportunity to focus on preparing for the hazards of 2019 and 2020.

Surviving during a revolution can be a tricky business.  You have to cope with the effects of the violence on your basic safety and security while trying to stay on the right side or neutral in the conflict. Sustained revolutionary activities may result in a breakdown in law-and-order, sabotage or cessation of services such as running water, food deliveries, fire protection and medical care.  The fundamental preparedness procedures that permit you to shelter in place or evacuate remain paramount, but defensive and even paramilitary equipment and preparations take on increased importance.  The choices of survival tactics will depend on your political, economic and geographic environment at the time of any uprising.  A few possibilities include:

Keeping your mouth shut, your eyes open and your powder dry is always a good maxim for surviving such turbulent times.

While I still regard revolution or revolution-like development as unlikely and undesirable, I can no longer exclude them from the list of “potential” survival threats. My study of history and observation of recent past and current events suggests that our nation is much less stable than in past decades.  If the current trends of divisiveness, violence and discontentment continue the specter of revolutionary activities and even the fall of our way of life must be recognized.  Responsible citizens must resist the temptation to be guided and motivated by media and internet divisive rhetoric and exhortations.  We must do all we can to support responsible law enforcement, and community based volunteer organizations.   But we must also plan and prepare to survive the effects of any kind of civil disorder, sabotage, crime and even revolution that may lie ahead.

One thought on “Is America Headed for Another Revolution?”