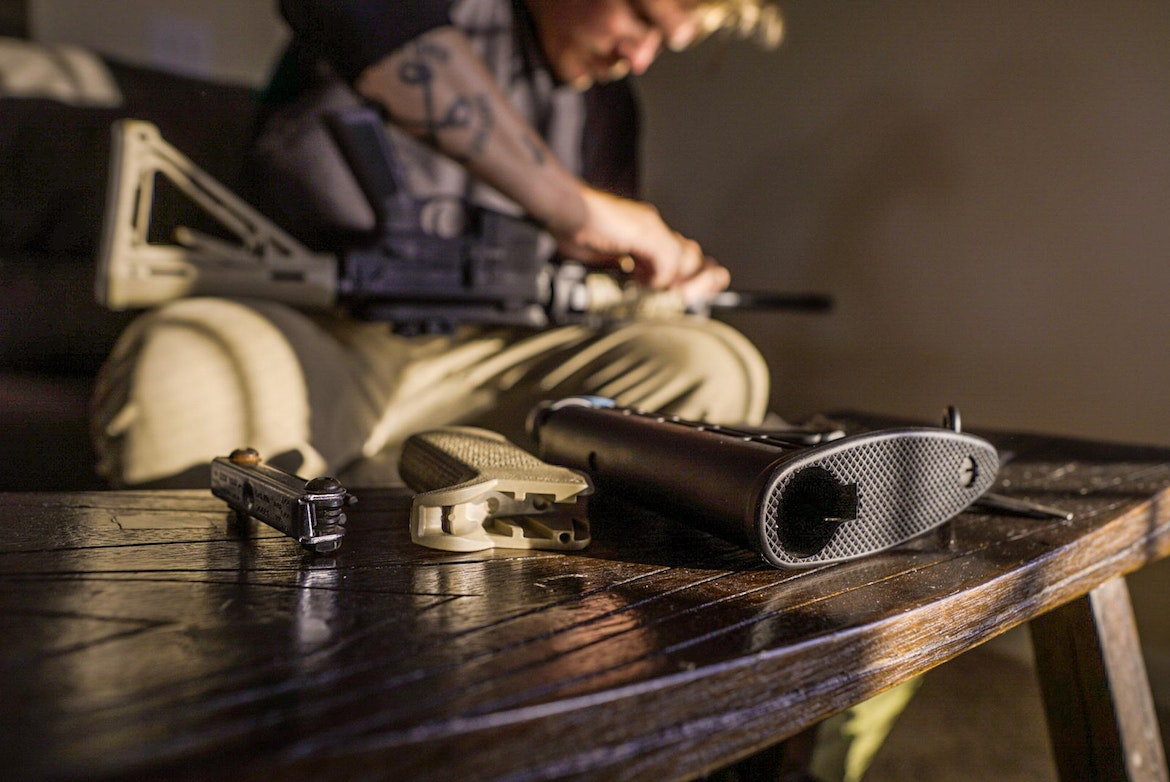 Ultimately wars and revolutions are not won by defeating the opponent’s army or overthrowing a government. These struggles are only decided when one side defeats the other’s population. Armies can only control the real-estate they stand on and rebels can only occupy a few buildings, but the mass of a nation always belongs to the people. This truth has been proven over and over again through history.

Opposite examples also exist where populations were disarmed, subjugated, and culturally inclined to be obedient.

Examples of the deterrent effects of potential resistance and militia (by any name) organizations are easy to find.

While anti-gun politicians and the media decry the need for “military style” weapons in the hands of the public and often point out that armed civilians cannot stand against a trained army with artillery, tanks, and aircraft, this is precisely what happened over-and-over again in past and recent times. As Japan’s Admiral Yamamoto told General Tojo before World War Two, “Never invade America, there will be a rifle behind every blade of grass.” What no one in the gun debate likes to talk about is the obvious fact that the second amendment to the US constitution was specifically intended to preserve the right to possess “military style” firearms for the purpose of resisting foreign and domestic threats to life and freedom. Nowhere in the amendment is criminal self-defense or hunting mentioned. The reference to a “well-regulated militia” in the text is often misinterpreted to imply that arms are only to be had by those in a government “regulated” organization, but the word “regulated” in 1787 meant trained and organized, not “controlled” as the word is used today. While there are many formally organized militia groups with varying levels of responsibility and capability, the historic term militia implies all of the population organized or not. In fact, modern technology makes formal organizations much more vulnerable to observation and interdiction by both foreign and domestic oppression. A generally trained and equipped public that has the potential for protracted resistance or unorganized uprisings, serves as a powerful and unpredictable force in preventing invasion, coups, or insurrections. This may explain why the United States has the world’s oldest government. The armed citizen and would-be militia member may never fire a shot, but their existence serves as a powerful deterrent. Certainly, armed civilians cannot stop a modern army with all of its technology and hardware, but they can make victory impossible. This is really what is at stake in America today and a critical part of survival reality.

The enemies of freedom and self-reliance know that they cannot defeat an armed and united population, so they actively seek to defeat the American people by dividing and confusing us. Russia and China are masters of disinformation, and have weaponized the internet and social media to spread baseless conspiracy theories, hate, and distrust. If they can divide the people, they can conquer the people. The Third World War has been going on for decades, and we are losing because both the extreme left and the extreme right fall for the enemies divisive tactics. As Ben Franklin put it, “We must all hang together or we will surely hang separately.”

* Just before the invasion, the following text was in an article from Associated Press about Ukrainians preparing to fight the Russians.

KHARKIV, Ukraine – “The table tennis coach, the dentist, and the firebrand nationalist have little in common except the desire to defend their hometown. …If Russia invades, some of Kharkiv’s 1 million people stand ready to abandon their civilian lives and wage a guerrilla campaign against one of the world’s greatest military powers.” The article goes on to explain how families plan to evacuate their children and then use whatever weapons they have to resist. They already have stocks of water, food, and medical supplies for survival. US intelligence officers were quoted as saying, “The Russians, want to destroy Ukraine’s combat forces. They don’t want to be in a position where they have to occupy ground, where they have to deal with civilians, where they have to deal with an insurgency.” Once again proof that the potential of armed civilians is the ultimate defense of liberty in any nation, just as the authors of the constitution intended.